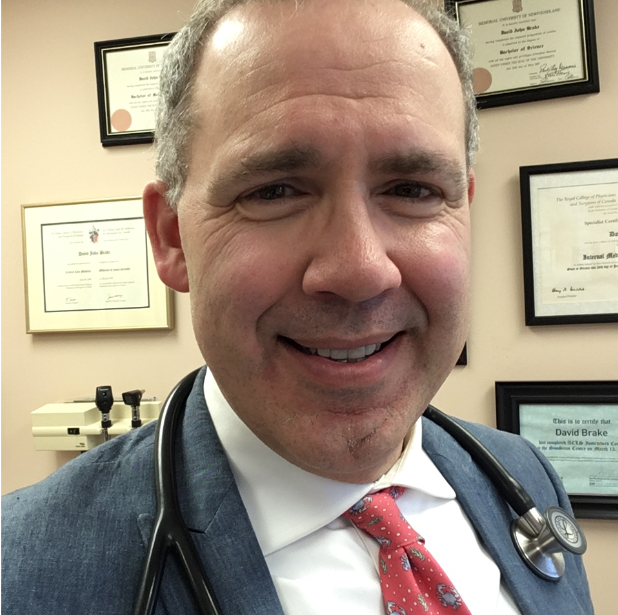 The College’s Gold-Headed Cane Award recognizes an outstanding Nova Scotia physician who exemplifies professionalism in service to patients, the profession and community.

The College is pleased to announce Dr. David Brake as the recipient of its 2018 Gold-Headed Cane Award. Dr. Brake is a Respirologist and Intensive Care Specialist. Recognized for working tirelessly on behalf of his patients, Dr. Brake has practised in Sydney for twenty years.

As well, Dr. Brake has made significant and regular contributions to Continuing Medical Education for his own department and in the Department of Family medicine.

The College’s annual province-wide recognition is awarded as part of a co-sponsored Gold-Headed Cane ceremony in partnership with the Humanities in Medicine Program at Dalhousie University Medical School.  The award was presented to Dr. Brake at the Gold-Headed Awards dinner on May 3rd, 2019.